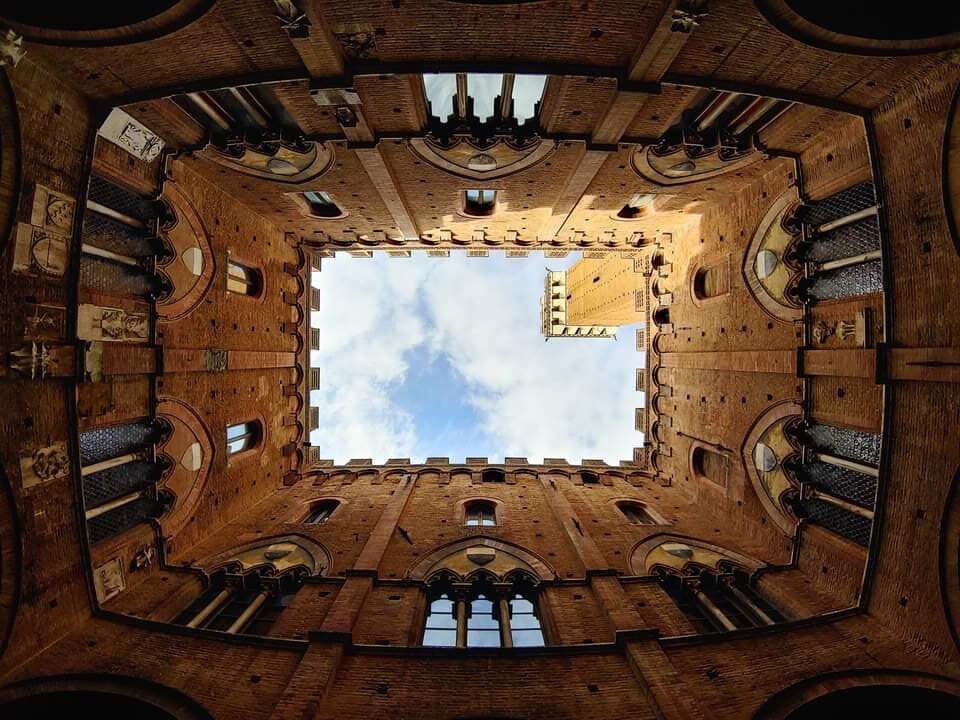 Located in the heart of Tuscany and surrounded by hills, it is certainly one of the most beautiful medieval cities in Italy. According to the legend it was founded by Senio, son of Remo and in this regard along the city there are several statues depicting Romulus and Remus suckled by the she-wolf. Piazza del Campo has been the central nucleus of Siena since the time of the Romans, who had their Forum here. The square is dominated by the red Palazzo Pubblico and its tower, called Torre del Mangia. The Palazzo Pubblico, as well as the Cathedral of Siena, was built during the Government of the Nine, a period of maximum splendor from both an economic and cultural point of view. The Palazzo still houses the offices of the Municipality, similarly to Palazzo Vecchio in Florence. From the internal courtyard of the Palace you can access the Civic Museum and the Torre del Mangia, at the top of which, after climbing the 500 steps, you can enjoy a splendid view of the city. It is in this square, with its particular shell shape, that the famous Palio is held every year, one of the most important events for all the inhabitants of Siena, whose origins seem to date back to the seventeenth century.

Inside Palazzo Pubblico there is also one of the most important Sienese museums, the Civic Museum, which houses some of the most beautiful paintings of the Sienese school. The Sala del Concistoro offers one of the most beautiful works by Domenico Beccafumi, who frescoes the ceilings by painting the cycle of public virtues. In the Sala del Mappamondo and in the Sala della Pace (or Sala dei Nove) there are true masterpieces: the great Majesty and the equestrian portrait of Guidoriccio da Fogliano at the siege of Montemassi by Simone Martini and the Allegories of Buono e Cattivo Governo of Ambrogio Lorenzetti, considered one of the masterpieces of medieval painting. READ MORE

When visiting Siena you cannot miss an entrance to the Museum of the Opera del Duomo, inside which you can find wonders of medieval art such as the Madonna in Trono by Duccio di Buoninsegna or the Natività della Vergine by Pietro Lorenzetti full of particular minutes, extreme refinement. In front of the Museo dell’Opera stands the great Cathedral which alone would be enough to tell almost six hundred years of history and art. In this splendid building artists such as Nicola and Giovanni Pisano, Duccio di Buoninsegna, Donatello, Pinturicchio, Michelangelo, Bernini and many others have left their testimony. We go up the long spiral staircase that leads us to the top of the cathedral. Once you reach the starry vaults it will be possible to cross the long walkway and admire suggestive panoramic views of the cathedral. The “Door of Heaven” opens to visitors as they climbed through the ladder appeared in a dream to Jacob, who on awakening exclaimed: “This is the house of God, this is the door of heaven.” The floor of the Cathedral is magnificent, rediscovered and made visible a few years ago after a long time. It is a real masterpiece of marble inlay: “the most beautiful…, great and magnificent… that had ever been made”, this is how Giorgio Vasari defined the floor of the Cathedral of Siena. The marvelous crypt of the Cathedral, entirely frescoed, and the Piccolomini Library painted by Pinturicchio, whose dazzling colors and still perfect after five centuries never leave visitors indifferent, are also worth a visit. Finally the Baptistery. For many centuries all the Sienese, illustrious and otherwise, were baptized under the ogival vault of the Baptistery. On the three naves the frescoes by Benvenuto di Giovanni, Pietro degli Orioli and Lorenzo di Pietro known as the “Vecchietta” recall and enchant. But the protagonist of the Baptistery is the baptismal font in bronze and marble, located right in the center of the Baptistery. Jacopo della Quercia, Giovanni di Turino, Lorenzo Ghiberti and Donatello left their mark on this work.

In addition to countless other places and museums to visit, Siena should be explored on foot along the streets and streets that wind like a labyrinth and always lead back to the starting point. It is precisely by crossing these streets, however, that medieval Siena is discovered, authentic in certain views and corners, with terraces supported by wooden beams, narrow windows, very high walls of buildings, so much so that sometimes it seems to go back over time and you forget for a moment that you are in the twenty-first century. This is the magic of the city of Siena and of the whole of Tuscany. 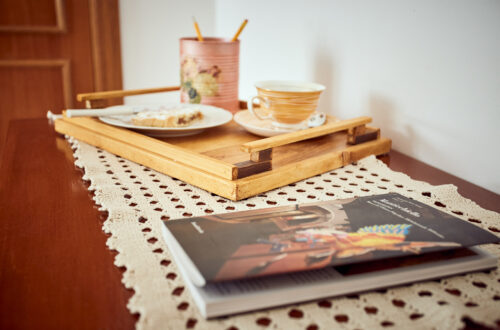 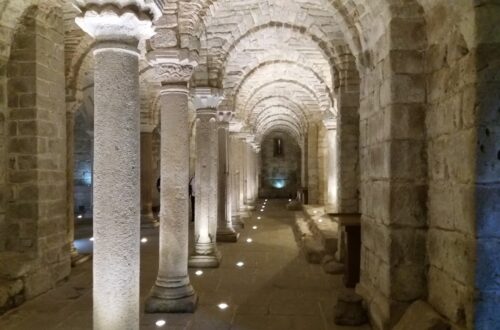 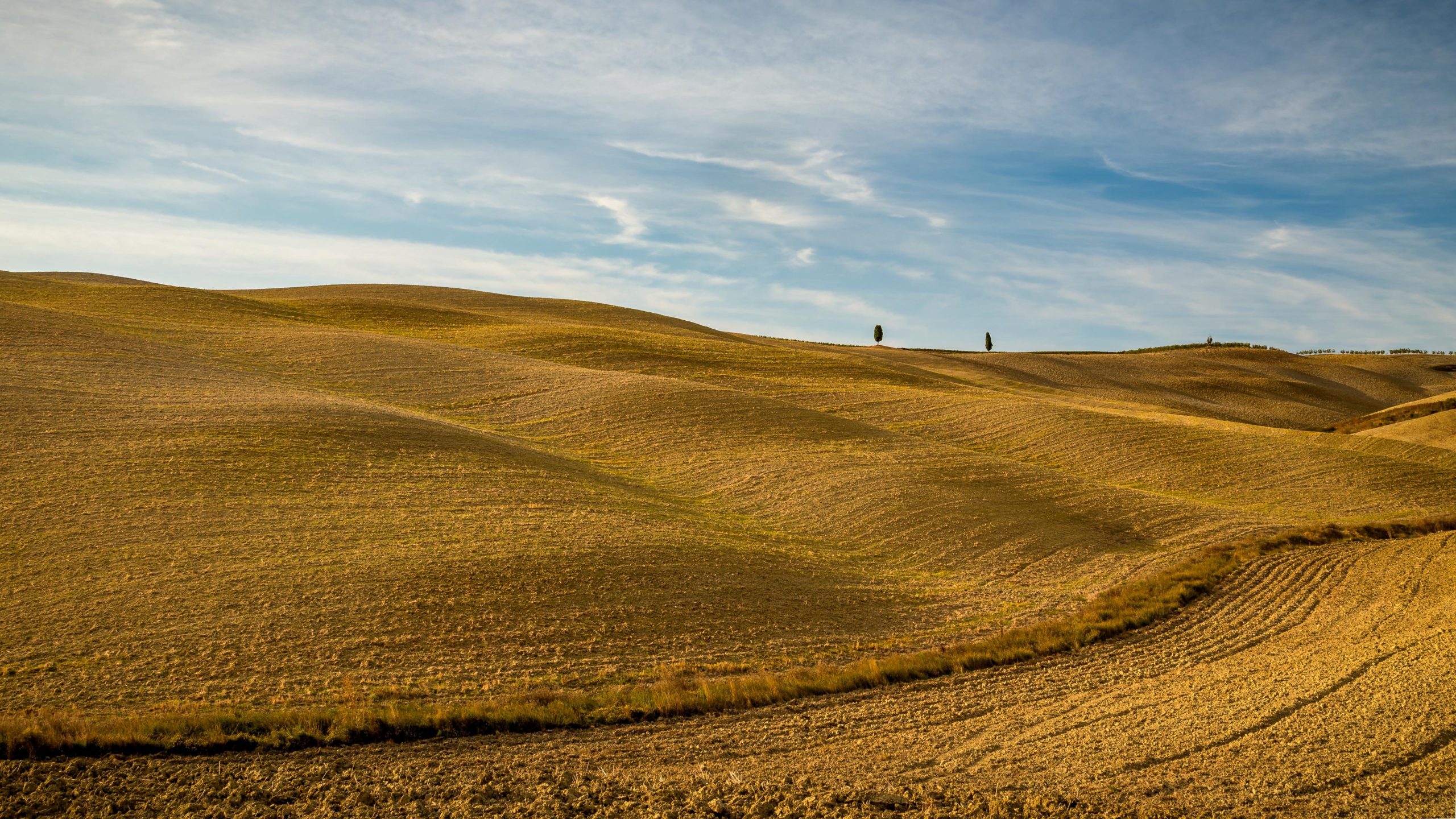