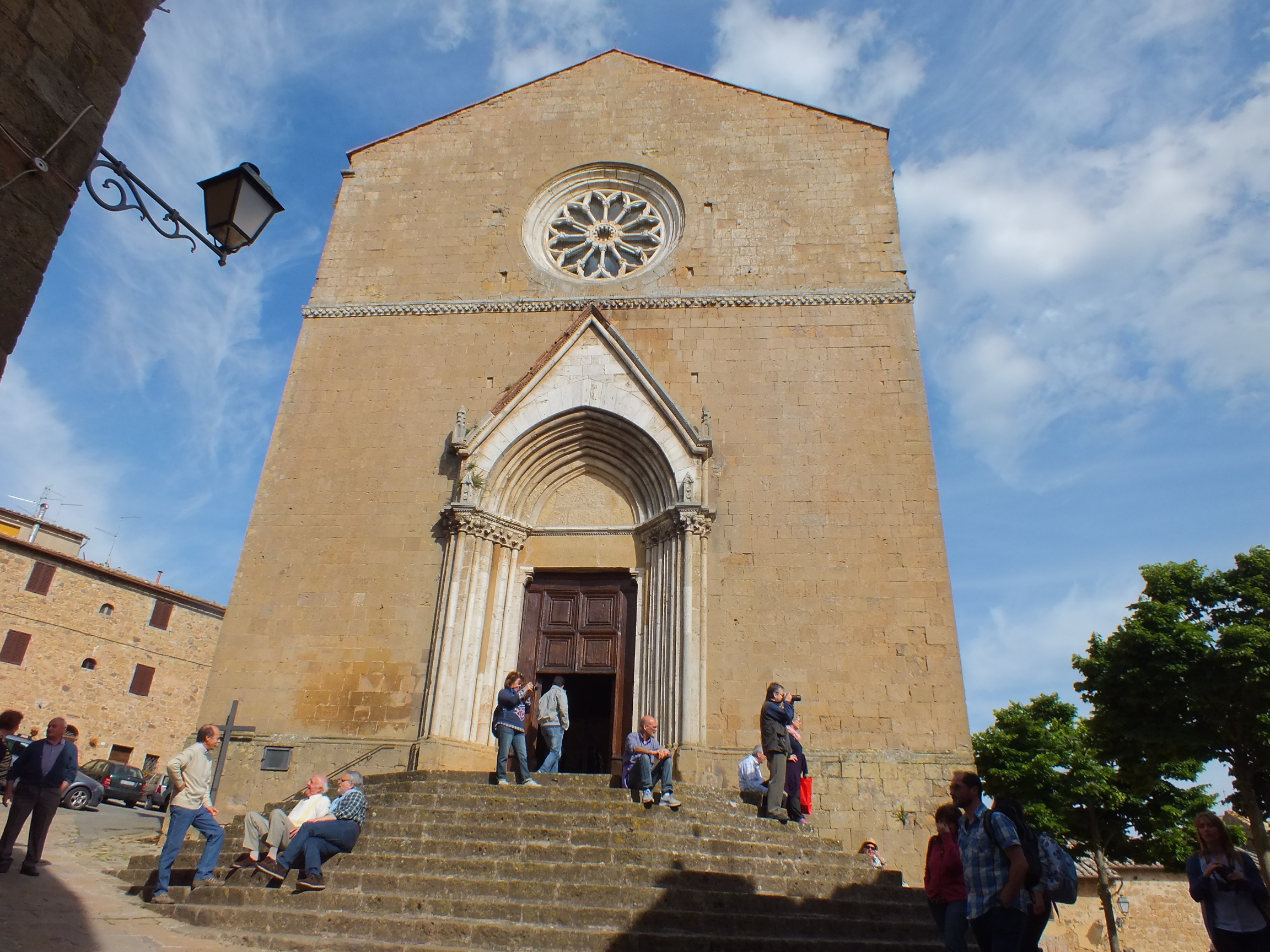 The history of Monticchiello starts from the oldest document concerning the town, which is a parchment of the Badia Amiatina in which we speak of a contract for the sale of a vineyard located in Camprena, near Pienza, signed in Viclo Monticlo in the year 755. The inhabitants of Monticchiello “very hard and obstinate people”, as reported by certain historians, have been protagonists over the centuries of struggles between the various political powers of Tuscany. Famous siege of the castle by the troops of Charles V of Spain which ended in 1559 with the surrender of Monticchiello, but only after a long and bitter battle, at the end of which the republic of Siena fell, Monticchiello was one of the last castles to be handed over to Duke Cosimo Dei Medici. In the 1700s and 1800s the town seems to have fallen into oblivion a bit, while it once again became the protagonist during the Second World War. In fact, on April 6, 1944, a “fact of arms” took place in Monticchiello that has remained in the history of the Resistance as the “battle of Monticchiello”: a group of seventy partisans rejected and put to flight 450 soldiers of the republican guard established after the September 8. This date has remained etched in the memory of the inhabitants, so much so that they dedicated monuments, celebrations and a theatrical performance to it in 1969.

From the historical-artistic point of view, the Church of SS. Leonardo and Cristoforo certainly constitutes the most important place in Monticchiello. The building dates back to the twelfth century and houses beautiful fourteenth-century frescoes from the Sienese school, some of which are unfortunately covered with eighteenth-century plaster. Inside this church, political, social and religious lives have been mixed since the Middle Ages, like a sort of huge square inside which the inhabitants literally “lived”. I would say it is the same today. As children we played hide and seek inside the church, we caressed the various cats that gradually found their kennels behind the altar. We have organized concerts and theatrical performances surrounded by the wonder of the frescoes that adorn the walls. The inhabitants have always lacked a religious vocation, but if you ask anyone who lives or has lived here which is the most beautiful and significant building in the country, they will certainly tell you the church. If you ask them to remember the smell inside, a mixture of incense, flowers and wax, each one will describe it precisely. If you ask them to close their eyes and describe the scenes painted in the frescoes, I am sure they will do so with clarity and great detail. Also worth a visit are the ancient walls that surround the town and the keep, which has recently returned to public ownership and is waiting to be restored. Valentina 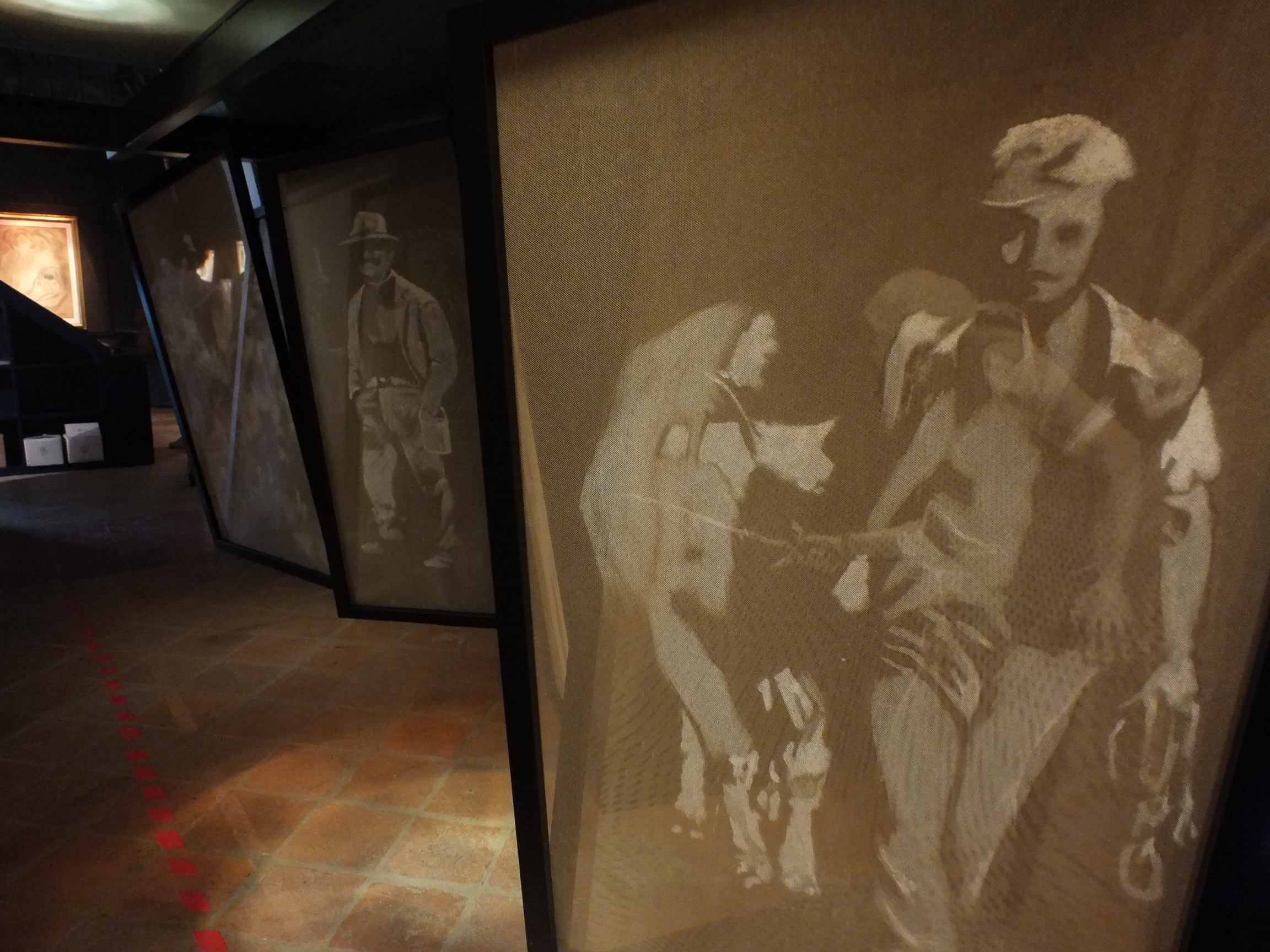 Monticchiello is a small town, but rich in history, culture and curiosities to be discovered by visiting it. For example, few will know that the well-known “Taverna di Bronzone” is housed in what was once the crypt of the church of SS. Leonardo and Cristoforo. Or that the Piazza Nuova where both the Taverna and the Tourist Office overlook, until the Napoleonic reform, had been the town cemetery and that a few years ago, on the occasion of the reconstruction of the pavement, human remains were found, testimony of who knows how many centuries ago. Those who wander around the village will find themselves observing, on the facade of a house adjacent to the “Teatrino della Compagnia”, two faces carved in stone, a woman with three faces and another face with the tongue out, both in memory of a certain spying family that she hadn’t minded her own business. If we move to Piazza della Commenda instead we can notice two peculiarities: the first is a cross placed on the facade of a house, which according to some scholars refers to the cross of the Teutonic Knights, probably arrived in Monticchiello in the twelfth century. The second detail concerns the facade of the house which is located in front of the church, which has overhanging arches, a door and a window which indicate that the building had been the Town Hall until 1778. A story that has always the people of Monticchiello and more are fascinated by the “Buca del Beato”, not far from the town, in the middle of the beautiful woods on the north side. A hermit monk called Giovanni Benincasa, who later became blessed in 1829, would have spent about twenty years in the cave, whose remains rest under the main altar of the village church. The peculiarity is also in the fact that this cave, explored by speleologists many years ago, turns out to be very deep, it is not known how much in reality, since it was impossible to go beyond a certain limit due to lack of oxygen. Obviously the cave has also been visited several times by the guys of Monticchiello, over the years, attracted by the magic and mystery of a place that still arouses amazement. 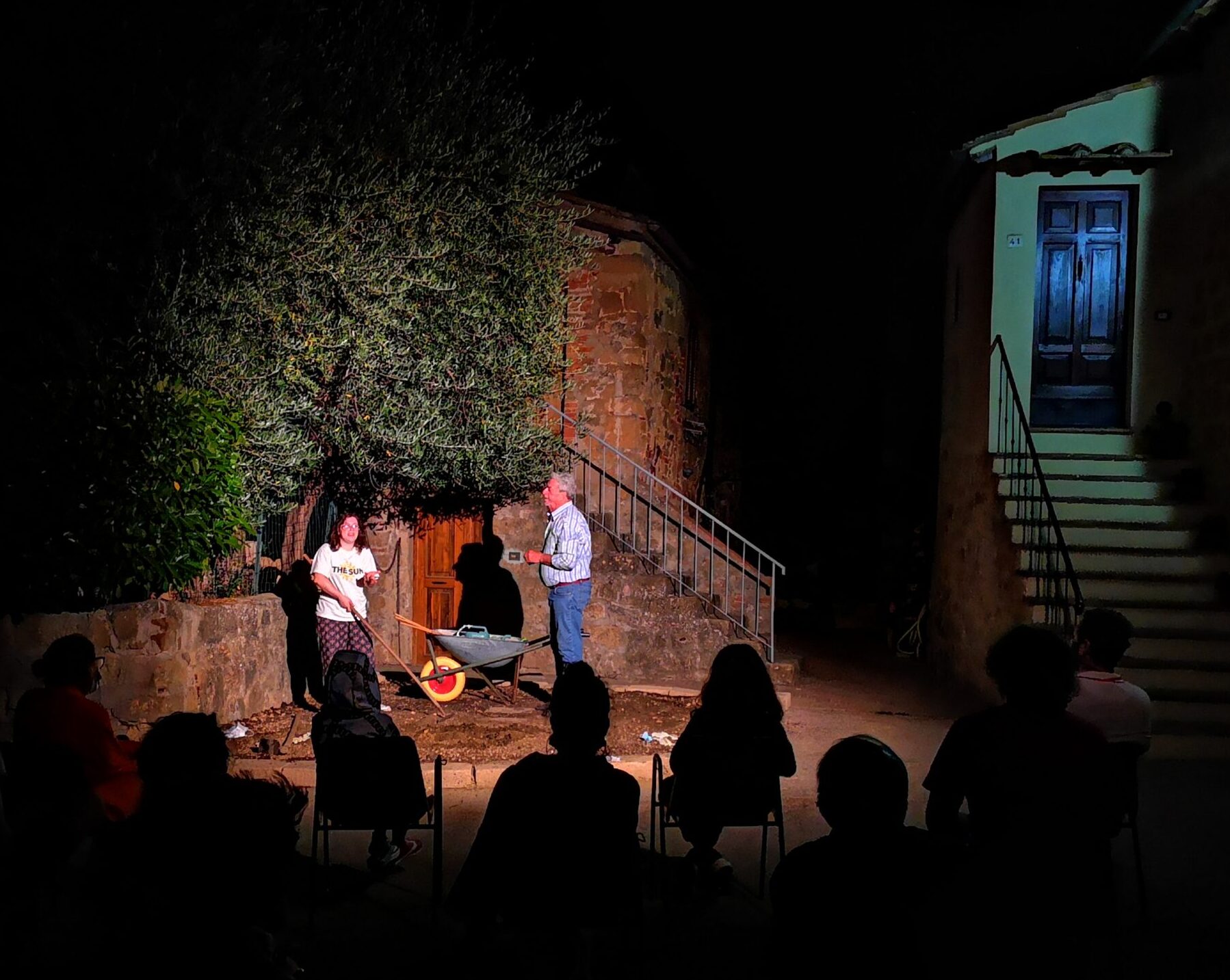 For more than 50 years, every summer, the “autodrama” has been held in Monticchiello, as defined by the director Giorgio Strehler, written and performed by the villagers themselves. The shows deal with current issues with insertions of peasant life from the sharecropping era. Those who have found themselves living this experience even just once were deeply impressed by the originality of the scenographic apparatus, the texts and the atmosphere that you breathe every evening in the square, under the starry sky. Born in 1967 at the behest of a group of young intellectuals of the time, it has withstood the passage of time thanks to the effort and commitment of most of the inhabitants and beyond, who every year manage to start this wonderful machine but also very demanding, which is called Theater. In Monticchiello, community and theater merge into a single body, one inextricably dependent on the other and all the activities that have developed over the years around the cooperative that manages the theater are often linked to this. Last but not least, the Bronzone Taverna which every summer, during the show period, cooks traditional Valdorcian dishes appreciated by loyal customers, but also by anyone who has tasted them. In 2004 a small museum called Tepotratos was also born, an acronym for popular theater of Tuscan traditions, which has as its object the forms of a theatricality linked to popular cultures, of peasant origin, enclosed in a suggestive scenographic setting. Our theater is rich in history and anecdotes and these simple, few lines are not enough to summarize everything; for those wishing to learn more about the topic, please refer to the official website: www.teatropovero.it

SEARCH OTHER EVENTS AROUND US
This website uses cookies to improve your experience. We'll assume you're ok with this, but you can opt-out if you wish. Cookie settingsACCEPT
Manage consent